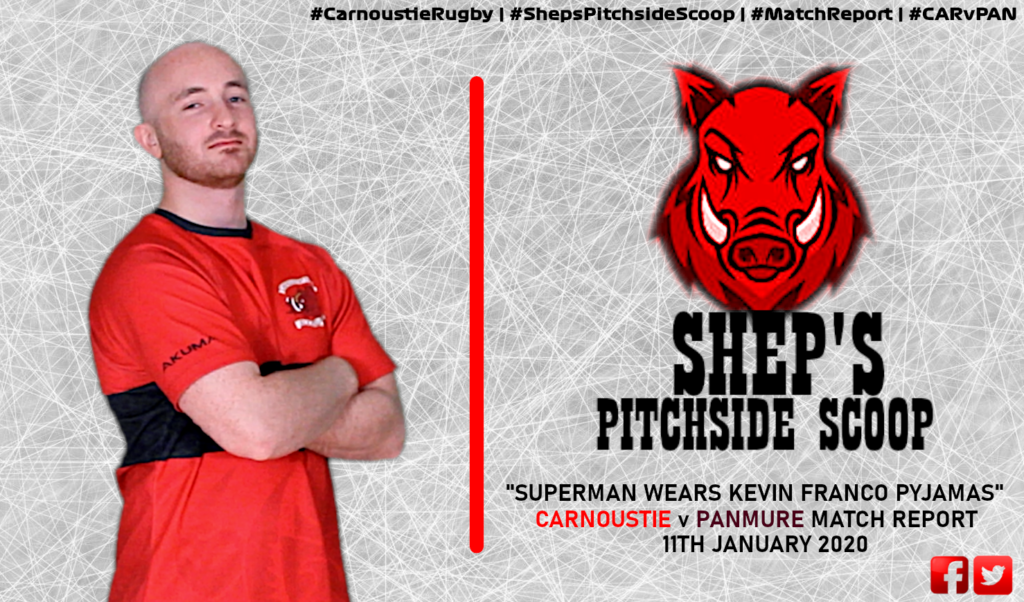 Kev Franco, the big physical number 8 bags a brace of tries and an assist to help Carnoustie see off close top of the league rivals, Panmure. 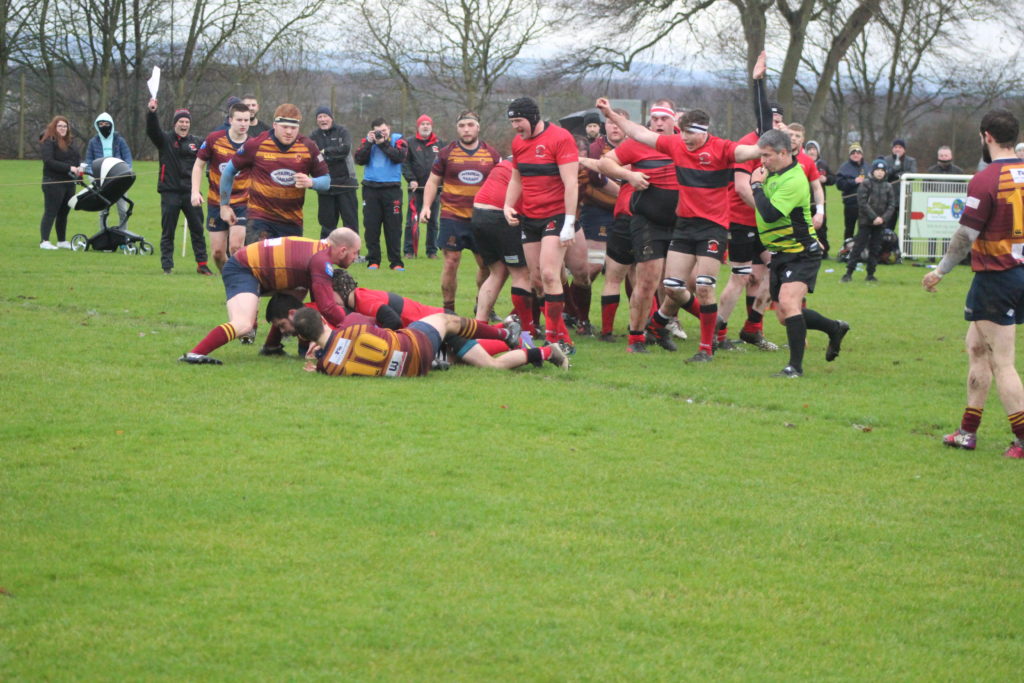 It’s a happy new year and half way through the season. Most of us are starting our new year diets or have thrown in the towel already. Carnoustie rugby, however, find themselves in a top of the league clash against their local rivals. Panmure sit 2nd with the best points forward in the league, just behind Carnoustie. With the wind swirling the rain and the ground soft and boggy, the stage was set for a real battle of attrition.

Carnoustie were aggressive in contact from the get go, constantly putting Panmure under the cosh but Panmure stayed in the game from capitalising on the home side’s unforced errors. This gave the away side the opportunity to open the scoring through a penalty, opting for posts and bagging the 3 points.

Carnoustie immediately put the press back on Panmure after the restart this was epitomised by Shaun Franco charging down their clearance kick forcing them to stay camped in their own 22. Eventually the pressure turned to points as the forwards bullied their way through the Panmure defence with a rolling maul; Kev Franco crossing the white wash for the 5 points. Mark Gibson converted for the 2.

After the restart the usual problems for Carnoustie started again and Panmure kept in the game living of these unforced errors and bagged another 3 points from the boot.

As the game went on the play opened up as the players got used to the conditions. Carnoustie implemented their game plan pulling Panmure from side to side across the pitch, always pushing them backwards. This caused a big hole in the away defensive line allowing Kev Franco to ship a beautifully weighted pop pass for the half man half horse hybrid, Michael Downie. He burst through and galloped 40 metres down the pitch to pick up the 5. Try converted by Mark Gibson. 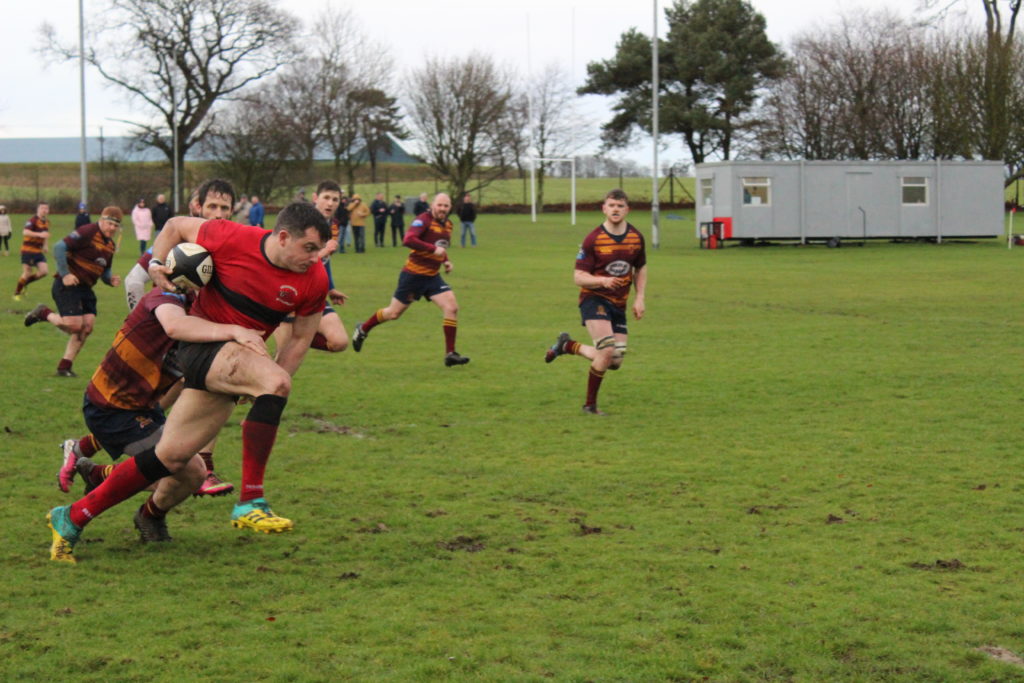 Carnoustie were relentless and dominant. Just before half time they pushed a scrum over from 5 metres out from the Panmure line, with Kev Franco putting the ball down for his 2nd try. Conversion missed.

HT – Hot drinks and pies served by the pitch. Perfect for the cold weather. The pie was lovely.

The 2nd half was almost a stalemate with the only points coming from a penalty kick for Carnoustie by Mark Gibson. Tired legs began to show for both sides and the game became a slug fest. Carnoustie managed to see out the last 10 minutes of the game with 14 men after Steve Queen receiving a team yellow for persistent fouling.

Because of the conditions it wasn’t going to be a day for fast flowing rugby. It was a day to front up and impose your will on the opposition. This was summed up by the Panmure captains’ words after the game giving full compliments to Carnoustie saying they are “the best team in the league”.

It was a great team performance in front of a huge crowd at Shanwell road, with stand out moments from Michael Downie, Shaun Franco, Mark McQueen and Danny Findlay, ever present leading the team. But Man Of The Match merits go to the big South African in tiny shorts, Kev Franco, who had this to say after the match, “I’m just here for the pie and beans!”.

Next game is the 18th of January at home to Kirckaldy 2nd XV. 2pm KO at Shanwell road.