Carnoustie travelled to Falkirk with only 15 players. The first half was tight with little movement until the home team raised the pace on the twenty minute mark putting the ball wide to score and convert. This acted as a wakeup call to Carnoustie with Jack Forster leading the way to touch down twice. Both conversions went wide.

Carnoustie restarted the second half and pressed forward allowing full back Kyle Burwood to enter the line and outpace the defence to touch down with Bruce Langlands adding the conversion. Carnoustie took every opportunity to press forward with Bruce Langlands kicking well to both flanks. Quick following up by Ryan Beresford allowed him to breach the defence and touch down with the conversion added.  A further kick to the corner found the defence wanting and Chris Blackburn took advantage to touch down. The conversion was short.  Towards the end Carnoustie lost a player to injury and another to the sin bin giving Falkirk the opportunity to touch down. Carnoustie regrouped and held out to the end of the game. 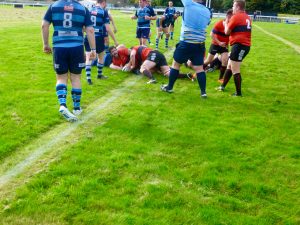 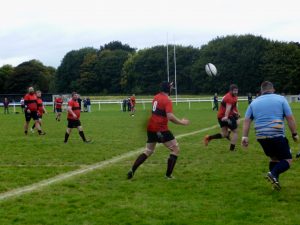